Registration for the 2020 Term 1 Aussie Hoops program has now been opened!!
Sessions start in Feburary. Initially timing will be the same as last season in that there is 2 x 50min sessions, initially split by age early on Saturday mornings. This may change as the basketball season finishes and the netball and Football seasons kick off.
The non compulsory "new participant packs", with ball, singlet, drink bottle,etc have changed this year. They cost a little more which they claim is a reflection of an increase in quality plus the inclusion of a backpack and a to your door delivery service instead of an Association based distribution.
To register Follow this link and clink on the Aussie Hoops box on the right. http://websites.sportstg.com/assoc_page.cgi?c=1-6121-0-0-0

The WBA’s “AUSSIE HOOPS” junior development program is open for all 5-9 years olds and is again being run in 2020.

AUSSIE HOOPS runs in conjunction with school Terms, term 1 will be an 8 week term, starting Feb 1st. The 50min Sessions are run on Saturday mornings at the stadium. There is a 1 off upfront registration cost of $40 (which is just $5 a week). Registrations are not open yet, hopefully that will occur in the next week or 2. For new members there is also a non compulsory participation pack including a ball, drink bottle and AH singlet, this is made available during the registration process (cost is $35).

WBA are pleased to announce that Kylie Clothier will again by running the Aussie Hoops program for us. Kylie and her team of volunteers did a great job last term, having said that we are all learning with this new program and promise to continually fine tune and improve as we move forward.
Stay tuned for more AH updates.

It's the responsibility of all users to return the stadium training key each night!! As it is common to have up to 6 different teams training on any night it is often confusing as to whose job it is to return the key, but logic says it is only fair to share that responsibility! If you've been coaching/training and the key is hanging on the hook as you leave please grab it and return it to 42 Kloeden St.
If the training key is not returned it means training will have to be cancelled on the following night. Unfortunately that has already happened a couple times this season.

Bylaws you need to know. 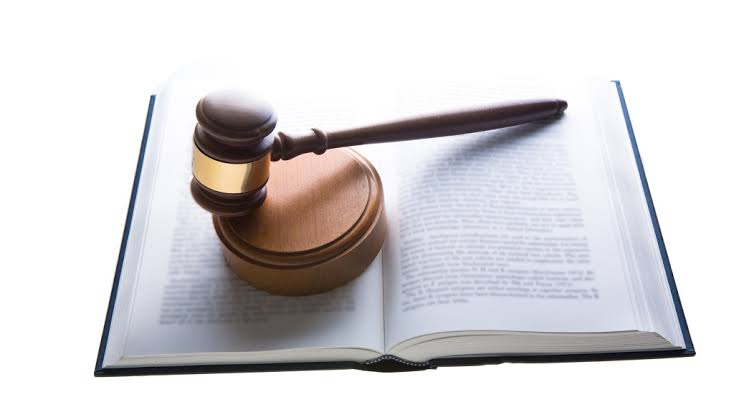 The entrance to the crt 2 roller door is officially our emergency services exit can members please keep this access way clear. Thankyou
PS: With the new extra disabled parking we installed taking up our previous loading zone, we are in the process of developing this inner western area as priority parking for stadium staff as part of our entrance remodeling.

I have finally had a chance to go thru and fix some of the auto schedule feature issues with the original schedule eg too many 5:50 or 9:40 games. Wildcats MAR side has agreed to relocate to Wed thus that eliminated the 9:40 rnd on Monday. The Monday schedule has been adjusted to suit.
Games affected by the PA carnival in Week 3 have been rescheduled to late dec.+ many other minor tweaks.
There is more work to be done on the schedule but no changes will be made with less than a weeks notice unless contact is made directly with any team involved.

Our first Aussie Hoops session kicked off this weekend and was a great successf attended by over 80 children. many of them first tim basketballers.

Well done to Kylie Clothier and her crew for making this a success.

This year the WBA committee voted to recognise multiple Life member Pat Kemp for her amazing 45 years service to Whyalla Basketball by naming the stadium after her.

Pat started her involvement with basketball back at the McBryde Tce courts in 1971 when her children got involved. In 1974 she started her time as a WBA committee member, over 4 decades later she is still our official registrar, competition organiser and Games Manager.

In 2014 at SA country Basketball's 30 Year birthday bash, Pat Kemp was awarded a special volunteers award for her amazing 40 years service. This recognition was awarded in front of her peers and presented by SA basketballs legend Rachel Sporn. Something she was very proud of and humbled by.

Pat celebrated her 80th birthday recently at the stadium of course where the other games managers bought her a cake which was lovely.

We don't see pat at the stadium as much these days as she struggles with the stairs, but for those of you that know pat she refuses to throw in the towel and still wants to be involved.
We plan to have an official naming day in the near future.

This season up until till Xmas the WBA are trialing a "Pay to Play Philosophy".
There will be no gate keeper Saturday morning , all players and spectators can enter FREE of charge and come and go as they please.
All players will be required to go to the canteen and purchase a ticket to play.
The ticket will cost $5 (effectively 1 child and 1 adult spectator entry fee). This covers the costs of the referees, court supervisors and other game day related costs.
The player is required to place that ticket in container that will be on the end of each score bench.
At approx half time the Court Supervisor will walk around and collect the tickets. The Number of Tickets must match the number of players on each team. Until people come to grips with this system we recommend parents initial the back of the ticket at time of purchase in case of any dispute over who has paid.
If your running late or there is huge line up at the canteen don't stress, you don't need a ticket until half time.
If your playing 2 games on Saturday morning e.g. Filling in for another team you must buy another ticket. Again this is a fairer pay to play system!
In other Associations that use this system the Scorer becomes the unofficial controller of the tickets. They count and make sure everything is in order prior to the game and have the tickets ready for the Games Manager. this really helps to stream line this process.
The drive of doing this is to reduce costs to families and make life easier for everyone.
If you have any questions on this process please ask .

Just over a week to go before the start of Summer season its great to see a lot of projects coming to fruition ready for the first tip off. Thanks to one of our major Sponsors in Barry and boys from We Do Windows for the work on our canteen entrance. Glen Davidson Painting for the freshening up of Crt 2 and 3 and Workskill for all their work beautifying our entrance.

Summer 2019/20 Schedule is up on the sports tg website. Its 95% correct don’t look to far past the 1st few weeks.
I have heard the game day app is reporting different;y to the website. I will have to investigate whats going on there.
Coach's are reminded if you haven’t secured a training or you want to change a training let your club know. ASAP. Due to the long weekend shool holidays The 4 day State camp thats in whyalla next week it will be difficult between now and the season start to get a training in at our stadium.
http://websites.sportstg.com/assoc_page.cgi?c=1-6121-0-0-0

Aussie Hoops registrations are coming in quick! With only 2 weeks to go make sure your child doesn't miss their spot!
If you have already registered, thank you for being so prompt, this gives us a greater idea of how many registration packs to order so your child doesn't miss out!
Please spread the word to anyone you know that may not have Facebook so that their child/ Children can also benefit from this amazing program.
We will in touch again soon!

Still looking for coaching support too if you can help please contact your club or the association.

The program has seen more than 40 players at various times throughout Term 2 and 3, with participants improving their skills and understanding of the game.

Many participants are extremely committed, attending their CADP, EADP and Steelers trainings - sometimes more than 2 trainings a day! Keep up the great work everyone - toe hard work is paying off.

New players are always welcome (U12-U14) at the 10am session. Regular players please come at your allocated time slot.

For players committed to the program, it is expected that you purchase a development singlet from the link below.

We have clicked over into a new affiliation season, what that means if you haven’t logged back into the sports TG system and paid your SA country affiliation fees today you or members of your family are now classed as non-financial.

If you are non financial you aren’t covered by insurance, as such you cannot take to our courts in any fashion, be that casual training, club training, combined training or games. The WBA does not accept the risk associated with non-financial persons on our courts. We are aware of who is and isn’t financial and will be enforcing this. Please help us in getting your fees paid ASAP.